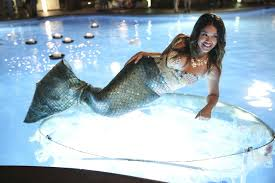 A young, devout woman discovers that she was accidentally artificially inseminated.

Wow was not expecting to like this show. The premise is so out there, very much like the telenovela that is depicted in the show. The amount that happens in the first episode is more than some series do in an entire season. I’m really curious to see if they’re going to be able to keep that pace up. Also I think I might want to try watching a Telenovela, maybe I will learn Spanish that way.