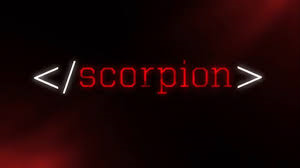 An eccentric genius forms an international network of super-geniuses to act as the last line of defense against the complicated threats of the modern world.

Is it possible for a pilot to jump the shark? If you know anything about the internet, computers, or just technology in general this show is not for you. My eyes nearly rolled out of their sockets and my husband laughed so hard there were tears in his eyes.

Setting aside the horrible story I also didn’t like the fact that the “pretty girl” was the stupid one. Well I’m sorry she’s not stupid, she’s the only one with common sense because the geniuses are too busy thinking deep thoughts. I wish the stupid one had been a dude, a single dad would have been just as good as a single mom, it also would have been kind of new. Instead the only other female on the show, so far, is an Asian chick because only Asian women can be smart. I also hate the fact that you can clearly see they’re going to try and get the lead genius to have a thing for the “pretty girl.”