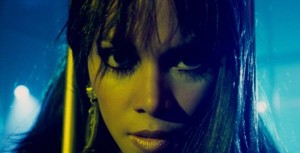 A drama centered on a go-go dancer with multiple personality disorder who struggles to remain her true self and begins working with a psychotherapist to uncover the mystery of the inner ghosts that haunt her.

I like a good dissociative identity disorder movie. When you’ve got a good actor/actress they can really do a lot with the roll.

Halle Berry was fine, but I thought they focused too heavily on camera shots to tell the difference between the personalities. Whenever she was about to be Alice they would zoom in on her eyebrow because it would get all regal. She did a good southern accent when she was Alice and for the most part it was always clear, they didn’t need to focus on the eyebrow. The voice she had when she was Genius was a bit creepy, but very distinctive, so they really didn’t need to make the camera all fuzzy because she was nearsighted.

Frankie & Alice was an interesting movie, she was nowhere near as fucked up as Sybil, but she was a bit more wild than Eve/Jane. I don’t know if I could go further than calling it interesting, though.