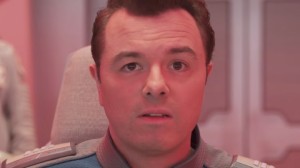 Follows the crew of the not-so-functional exploratory ship in the Earth’s interstellar fleet, 400 years in the future.

I honestly have nothing to add to the hundreds of reviews that are already out there for this pilot. It was like a Star Trek work drama with comedy thrown in. If it had stuck to one thing, drama or comedy, it might not have been that bad, but just when it would start to be alright as a drama it would throw in crude humor. It was unbalanced and if the goal was for a dramedy it failed.

I didn’t like the pilot much, but I like the concept enough that I’ll give it a couple more episodes.