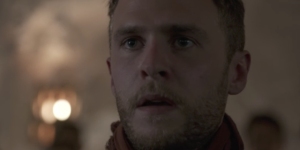 The missions of the Strategic Homeland Intervention, Enforcement and Logistics Division.

I dropped Shield three episodes into season 4. Later I heard so many people talking about how amazing it was and how the last two seasons were the best and after watching several other superhero shows I decided to go back and give it another shot.

First off, I have to disagree about Season 4, it was very much more of the same for me. The virtual world they were in was interesting, but went on way too long. I never warmed up to the Ghostrider arc.

Season 4 overall, was alright, but didn’t do much for me. It just kept dragging out the relationship drama more and the big bad never seemed to be beat, but they were fighting it forever. It was draining. Just when you thought there was a resolution, they’d discover some new connection, or their “solution” would have all kinds of bad consequences.

Finally they beat it, take a breath, and then disappear. I was all prepared to drop Shield again, but the Season 4 finale had me deciding to try out at least the first episode of 5, which then had me watching the entire season.

Season 5 was, for me, when things finally got good. I love time travel, I love space, and Fitz, Iain De Caestecker, as a mercenary is something I never knew I needed in my life until now. The first half was fun, though, by the end it had gotten increasingly darker as more revelations about the future were made. They finally get back home and things just get horrible.

It was back to the constantly trying to fight an inevitable conclusion that finally wasn’t resolved until the last episode. It’s one thing to hint at something throughout a season, but having it basically be the focus for entire episodes is just draining. I just wanted it to be over. I wanted Fitz and Simmons, Elizabeth Henstridge, to be together and not fighting to survive the destruction of the world. I wanted Deke, Jeff Ward, to stop being a love sick puppy and go back to being a Dollar Store Starlord. I wanted Daisy, Chloe Bennett, to just be gone. And please, everyone, just get off of Yoyo, Natalia Cordova-Buckley, back. She made a hard decision that needed to be made and most of the team *cough* Daisy *cough* were being absolute hypocritical assholes about it.

The ending had me in tears. Not because Phil, Clark Gregg, was leaving, even though he’s one of the best characters, but because they fucking killed Fitz. But then, they didn’t. There’s a second one floating in space waiting for them to find him, because of course there is, but that’s honestly the only reason I’m going to watch the next season. I’m really hoping for a less world ending season and more of a focus on smaller things. Leave the world to the Avengers, please.