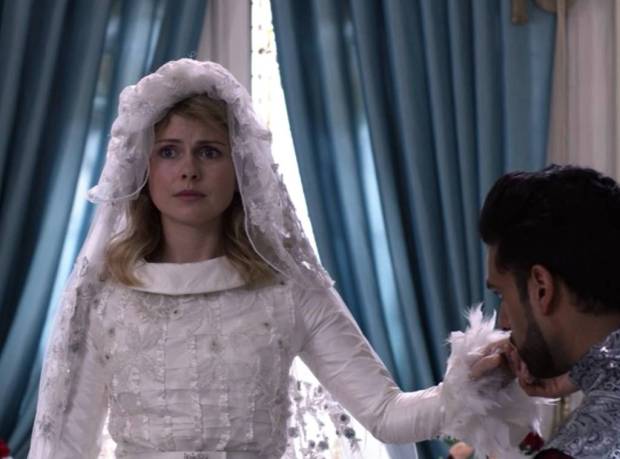 A Christmas Prince: The Royal Wedding (2018)

A year after helping Richard get to the throne, Amber is about to become his wife. But is she really made to be queen?

Holy shit I was excited to see this was coming out. I love when they take Christmas movies and continue on with the story after the normal happily ever after.

Amber, Rose McIver, is still blogging away while her prince, now king, Richard, Ben Lamb, rules his country. Young and ambitious nothing seems to be going as planned for the couple. This is the first test of their relationship and things don’t go as planned, both have their failings, but hopefully they’ve learned some lessons for the future.

Lots of returning characters, tons of pairings off, and a dorky Christmas tree. The romance was a little bit lacking this time around, but it was understandable considering the story that did play out. Still, it was missed and I hope any future movies play more into the romance of the couple and less into the supporting characters. Give them their own movies!

The Christmas Prince: The Royal Wedding was a faithful sequel. It hit all the expected notes and was full of holiday cheer.

My Christmas wish is that this because a yearly series. Next year can be Royal Honeymoon, then Royal Heir, Royal Spare, etc.… If everyone was willing to do it I see no downside!