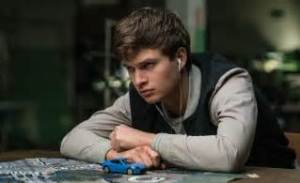 After being coerced into working for a crime boss, a young getaway driver finds himself taking part in a heist doomed to fail.

The first seven or so minutes of this movie is awesome. It’s one of the best car chases I’ve ever seen. It’s then followed by another really awesome car chase.  So my hype for the car chase at the climactic conclusion was pretty high.

The first half of the movie was excellent, great car chases, interesting characters, good music. I couldn’t ask for more. Sadly, after the first half things took a turn, it went from focusing on the driving to emotional character stuff. It was still alright, just not exactly what I wanted to watch.

The ending, though, was a giant disappointment. The trailers and the first half of this movie sold it as an action movie focusing on car chases. They showed us two new muscle cars and then nothing. There was no climactic ending. It was a massive let down and had my husband cursing furiously at the TV.

The movie is worth watching just for the beginning, but I had really hoped for more from this after all the hype I’d read.