This was a unique year. Books were plentiful, movies were not, and I dedicated myself to one game. So in some ways it was easy to make my lists this year. In other ways it wasn’t.

I have ten movies to list but the ones at the end weren’t necessarily movies I loved, but they were movies I enjoyed.

I tried to read all the books in 2020 that I was interested in. I failed. Epically. If I was to wait until I’d read them all this list wouldn’t come out until the middle of next year. Still, I read a LOT and there were several that I loved. I’m going to include one book that didn’t come out this year that I read for the first time because I enjoyed it that much.

Like with books I had a lot of TV Shows I re-watched. It was the year of finding comfort wherever I could. I’ve tried to keep this list to just 2020 seasons, but in cases where there were older seasons I often re-watched the entire series.

Did games that weren’t Animal Crossing come out in 2020? I couldn’t scrape together ten games that I played and liked this year. I play most games on the PC through steam, but included links to Amazon versions. So here is my abbreviated list. 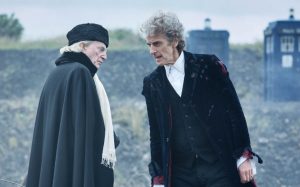 Doctor Who Twice Upon a Time Christmas Special

The Twelfth Doctor, still refusing to change, goes on a last adventure with the First Doctor.

The Doctor meets up with his original self in this Christmas special in a story that honestly didn’t need to be. The first Doctor, David Bradley, apparently didn’t want to change either, which goes against what we’ve always known, but whatever. The twelfth Doctor, Peter Capaldi, is thinking about refusing to regenerate because he’s old and tired and people aren’t watching him as much as when David Tennant was the Doctor. Instead they stumble across each other and fuck up some time shit and they decide they should move on with their lives and regenerate.

It was awkward seeing the first Doctor because he was very much a product of the times he was created in, which goes against what you think the Doctor should be. The Twelfth Doctor was embarrassed by him and his old school sensibilities, which could have been amusing, but since they were all gender stereotypes which the Doctor really never should have had, it was just awkward.

Bill, Pearl Mackie, and Clara, Jenna Coleman, showed up as well because the companions are always there at the end, but since I greatly dislike Clara and Bill never grew on me it didn’t really mean much.

I feel like Peter Capaldi never got to shine as the Doctor. He is a good actor, but the storylines were just never there. I am so happy that Moffat is no longer going to be the lead and I hope we can return to the stories that made the Tennant years so wonderful. Even the first Matt Smith year was good, but these last few years have almost turned me off Who completely. 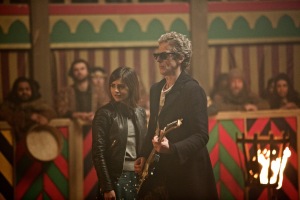 I’ve watched Doctor Who since 2008 when I discovered it on Netflix and proceeded to watch the first four series over and over again. I loved David Tennant and introduced so many friends and family to the show because of that love. When Matt Smith showed up I was wary but ended up adoring him and the Ponds.

Around series seven things started to change and the show didn’t make me as excited. Even the Ponds weren’t doing it for me anymore. I still cried when they left, but it was almost because I was expected to. I continued to watch the show but I stopped watching it live, I stopped watching it on Saturdays, I pretty much had to force myself to do it.

The fiftieth anniversary special felt like a return to what I loved and I was excited again, but then it was back to more of the same. The Doctor changed and I hoped that we would get things back to what I loved, but nope.

It would be easy to blame Clara, Jenna Coleman, but I really don’t think it’s her fault. I also don’t think I’ve somehow changed fundamentally in the TV I like. I’ve decided to put the blame on Moffat, which is crazy because he’s given me some amazing episodes, but I can’t think of any other culprits.

I’d love to point to what changed but I loved Doctor Who so much that my brain basically melted any time I tried to come up with why. Now that I don’t like it I can’t really point to a reason.

It still has the cheesy Sci-Fi, the Doctor still saves the day, but something has changed. The risks don’t seem as high and Clara doesn’t seem as human as the other companions, but I’m not sure why. Missy, Michelle Gomez, is fine and I enjoyed Pink, Samuel Anderson, but they aren’t enough to make my old love return.

I watch every week with a hope that things will get back to what I loved, but each week it gets more difficult. I intended these weekly posts to be about my favorite episodes of the week, but I couldn’t ignore what’s going on with Doctor Who and I wanted to know if I was the only one that feltthe same. I know that the people I introduced to Doctor Who feel the same, but maybe they do because I do?

What does everyone else think?