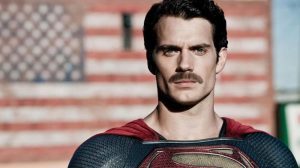 The Superman we Deserve

Fueled by his restored faith in humanity and inspired by Superman’s selfless act, Bruce Wayne enlists the help of his newfound ally, Diana Prince, to face an even greater enemy.

I watched this movie for the scenes with Superman, Henry Cavill, and his mustache. I had no hopes for this, I knew it was going to be crap from the minute I heard about it. DC completely screwed up the execution of this entire franchise. I have no hope of seeing a good Superman movie in my lifetime. At least Wonder Woman, Gal Godot, wasn’t awful, though in JL it seemed like they made the boobs of her costume bigger which was stupid.

The Flash, Ezra Miller, had a horrible costume, wasn’t a fan of the actor either. Cyborg, Ray Fisher, wasn’t a complete emo idiot, so that was nice, but the CG was just god awful and he’s mainly CG so…

Ben Affleck as Batman is just, ugh. I’m sorry but he is not that buff, I know he isn’t, so the suit just seems like a giant rubber unwieldy thing and I can’t believe him kicking butt in it. At least Aquaman, Jason Momoa, looks amazing. His lines are fucking stupid, but he’s hot and believable kicking ass.

Story was stupid. CG was half a step up from SyFy. Dialogue was so bad it wasn’t even funny. Movie sucked.