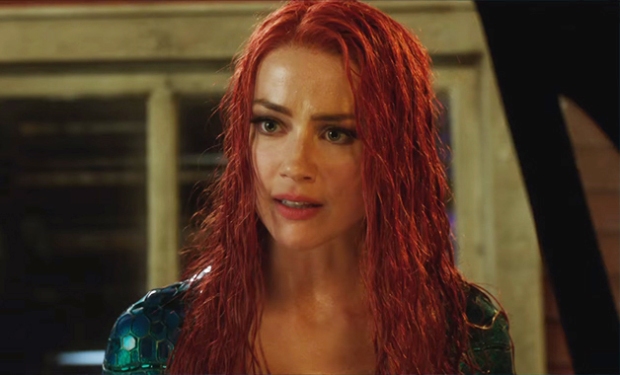 Arthur Curry, the human-born heir to the underwater kingdom of Atlantis, goes on a quest to prevent a war between the worlds of ocean and land.

I went in with no expectations for this movie. I’d only watched one trailer, that I didn’t really remember, but I had several people tell me this and Wonder Woman were signaling DC finally coming into their own. I don’t know what the hell movie they were watching but I personally felt that Aquaman was hot garbage.

How many times did something explode into people interrupting a moment? Like four times! How many times did a guitar riff play when Aquaman said some one line? I think another four times, in like the first half hour. The CG hair was super distracting, especially on Dolph Lundgren. The movie was way too long. The plot boring and super, super predictable but not in a fun way. There was nothing fun about this movie.

Maybe if you’re a huge Aquaman fan you enjoyed how close to the comics the villains costumes supposedly were. I’ve never read an Aquaman comic so I couldn’t take Manta Ray seriously. And every time they said Ocean Master I snorted.

I just…I can’t with DC. After watching Captain Marvel and Into the Spiderverse it’s like they aren’t anywhere in the same league and I can’t help but compare them. Marvel has had a plan since day one and it freaking shows. The DC universe makes the X-Men universe look simple. I just don’t know what the fuck was going on in the greater world and universe and honestly I don’t care.

I wasn’t invested in any of the relationships in this movie which made the over two hour movie drag into eternity. There was no chemistry between any of the actors, though Nicole Kidman, god love her, tried. I just couldn’t with anyone here and have no idea what the fuck people were raving about with this movie.